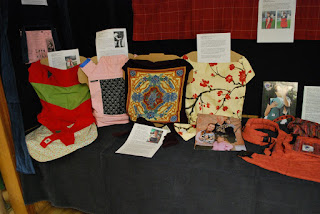 This post is going to be mostly pictures.  Jen Wadleigh and Lindsay Ross of Babes in Arms taught about the various traditional carriers and demonstrated using them when appropriate.  The library also had displays of traditional carriers as well as a display of the evolution of modern carriers.  There were several pieces that were part of the collection of the Miao Baby Carrier collection.  Most of the others were loaned by Jen Wadleigh or Corrine Mahar-Sylvestre. 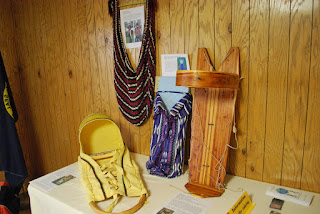 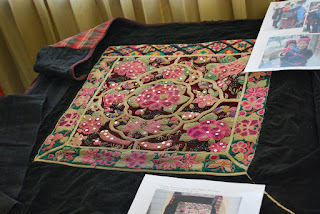 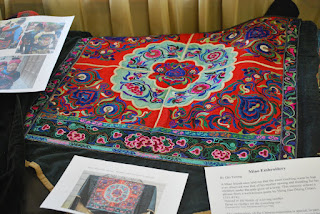 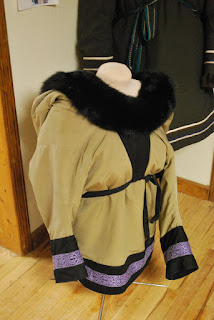 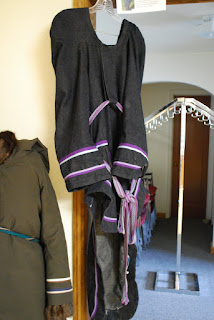 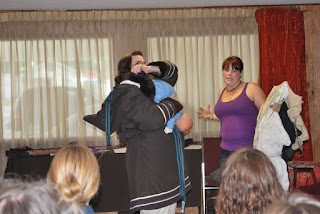 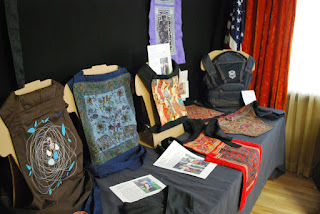 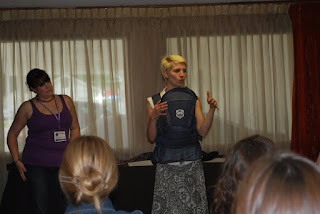 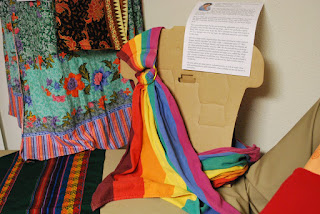 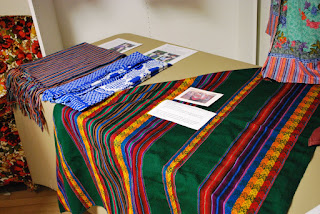 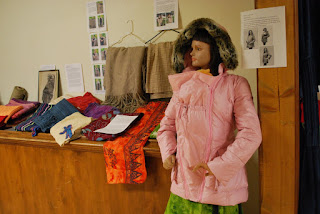 A display of vintage modern carriers including the original Snugli, the HipSeat, etc: 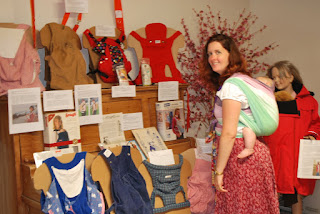 The most remarkable thing about this is that we learned that all peoples have found a need to carry their young, and most have used a similar method to how they carry other items.  As a modern North American society, we lean towards things that resemble backpacks or bags.  Sadly, the bag-sling has been proven to be a dangerous design, but hopefully the backpack concept will prevail, and we can borrow from the traditions of other cultures to carry our young in safe, comfortable ways.
Posted by Metro DC Babywearing at 10:01 AM