The Love of Mom: Ellen's story

I was working on contributions to “A Meet the VBE” post.  I came to this question
Tell me a story of a time that babywearing made a huge difference in the outcome of a family outing.
And as I started to write, I realized this post had been waiting and waiting to be written instead.  Climb into the way back machine with me to late 2006.  Blondie was born in December, just 15 short months after the birth of her older sister. 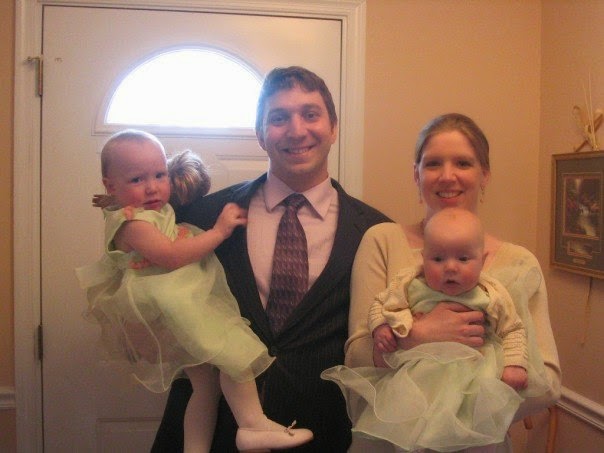 My mom’s health began to decline just after the birth. I called Mom a month later.  It was the eve of her birthday and I wanted to make sure I wished her a happy birthday while I could just in case the day passed and I hadn’t called.
Mom thanked me for calling, asked how I was and as the call was wrapping up casually mentioned that she was going into the hospital the next morning and could I email the family to let them know?  After smoking her entire adult life, artereosclorosis was damaging veins in her leg.
Those first few months of Blondie’s life saw: my mom in and out of the hospital; failed surgeries; recovering in my home so I could assist with her care; a stint in a rehabilitation unit, and ultimately an extended hospital stay, including an isolation unit before she finally passed away in July of 2007.  Blondie was six months old.
This was also the time period that I didn’t just casually wear because it was a good idea, it was a time I wore for hours a day because my family needed it so much.   Typical First Child needed supervision during her normal if trying toddler antics.  Blondie was an immobile nursling, and Mom needed visits and care.  I practiced techniques daily, read online forums and attended monthly meetings.
During the meetings I got to sit, learn, chat with other moms and received support for a situation no one knew anything about and no one asked me for anything.  It was--dare I say it?--therapeutic to go to a place with kind people willing to teach me skills that weren’t just useful, but essential for the life challenges I was facing.
Outside of the meetings there were a myriad of tasks awaiting me. Once a week, I would load the kids in the car and trek an hour south to my mom’s home.  I would do the cleaning for her that she was unable to do and unable to afford to hire someone for.  Usually my mom kept a watchful eye and ear out for a sleeping little while the toddler stayed on my back.  We swept, vacuumed, dusted, scrubbed bathrooms, changed sheets and folded laundry for Mom.  Mom wanted to do what she could for us, and that included a bath in the sink. 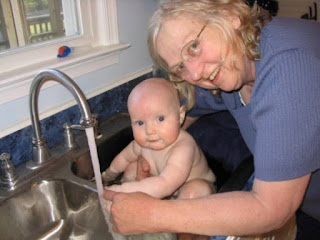 Several weeks later, Mom was recovering from a surgery and could not live alone while in recovery.  Doctors, Mom and family all agreed that she would stay with me for a week.  She was installed in a bedroom with bathroom access across the hall.  I took the kids to the store to pick out a large tray and Typical First Child still remembers holding the napkins as she climbed the stairs to help deliver lunch.  I would have Blondie in a sling and a tray laden with tomato soup, a glass of milk, saltines, a spoon,  a sippy of milk, and a banana.  Typical would share a snack with Grandma every day  while I nursed the baby with them.  Then we left with the tray for the kitchen and everyone napped.
A few weeks later, even in home care was not enough.  Another surgery and then admittance to a rehabilitation center.
Seeing the children was very therapeutic –not only for my mom who got to see her grandchildren, but to the other women recovering on the ward, and even the nurses who spent hours upon hours tending to the needs of an aging population.
During one visit to the rehabilitation center, my family was lined up in the hallway waiting for my mom to be ready for a visit.  A very jolly Blondie was in the same MT I mentioned earlier.  Another patient was sitting in the doorway of her room and tapped her cane on the floor.  Blondie let out a baby giggle.  Another patient quickly wheeled over in her wheelchair and commanded her roommate, “Do it again.”  Again tapped the cane, again laughed the baby.
The two women spent several minutes coaxing laughter out of the baby and coochie-cooing and remembering their own children as babies.
We went inside my mom’s room for a visit.
As we were leaving, a crowd of patients was in the hallway.
“We were sure we heard a baby laughing.”
We spent several more minutes coaxing laughter out of the baby and she was happy to oblige.
During another visit to the same facility a nurse looked me up and down and let out a wistful sigh.  “We wear the babies in my country too.  When you’re ready, put her on the back.  You can do more.  It’s good because you’ll be busy.”
Another visit and a different nurse pointed out that we wouldn’t have been able to bring the children so often if we didn’t have them in carriers.  The kids couldn’t touch anything so they didn’t have to worry about the germs spreading and I could wash my hands before I had to touch the kids again.

The last time I spoke to my mom,  Typical First Child played in the waiting room with her uncle while a newly sitting Blondie sat in the MT.
“Where’s [Typical]?”
“Ah [Blondie].  You are so beautiful.”  There was a pause as she took several deep breaths.  She continued “You have such beautiful children, Ellen.  I’m sorry I couldn’t hold them and be more of a grandmom to them.  I’m so sorry I couldn’t….” She was in tears.
I hugged her and kissed her and assured her they were happy to have her just the way she was as their grandmother.  Who else gave them straws to play with?  It occurred to me to ask if she would like me to contact a priest for the Annointing of the Sick, a sacrament available for the ill in our religion.  She consented.

It was time for me to go and I placed the call for the priest as I left the hospital.  He was able to visit that evening and provide the sacrament. 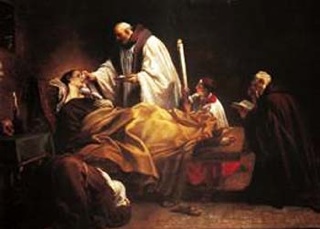 She was in a coma the next morning.  Mom passed away a few days later.


I miss my mom.  I imagine what my family's life would look like if she had recovered and continued to live with us.  I would be a mama not wrapping and pushing a stroller, but wrapping and pushing a wheel chair.  I'd be so glad to do it, if I could.
Instead, I am so, so  grateful that I could be attentive to my children and to my mother.  I don’t know that I would have managed without being able to carry them against my body and not still have the use of my arms and hands.  It allowed me to provide care for multiple people, and across multiple generations.  There was hard work in it, and a lot of deep love too.  I don’t know that I have any great insight about carrying in general, but I can say every memory I have about doing something,  a carrier was a quiet, but instrumental part in being able to do.

This post has been edited and updated to mark the anniversary of Ellen's Mom's passing.  Has babywearing allowed you to manage during a difficult and trying situation?

Posted by Metro DC Babywearing at 11:01 AM