A 'World' of Possibilities 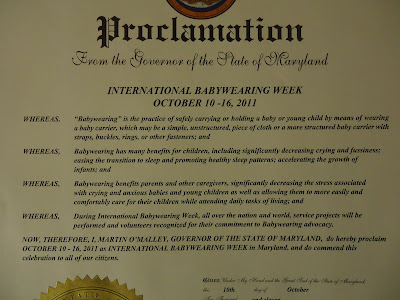 How Awesome is THAT?
Okay, on to the point of this post.  This year's theme is "A World of Possibilties."  We decided to take this chance to share some of the babywearing carriers and carries from around the world!
A Wide Blanket Podegi from Korea.  You can't see it, but it has Peter Rabbit on the back.  Korean families generally believe baby gear should look babyish. 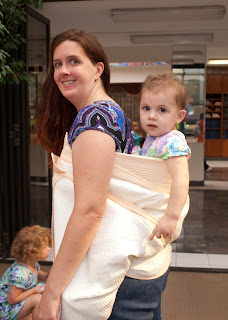 This was lent to us by a mama who was sent it from Peru.  It is a modern interpretation of a traditional carrier.  Teagan was decidedly unimpressed.  She was a little too big to fit this way. 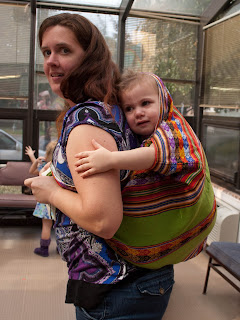 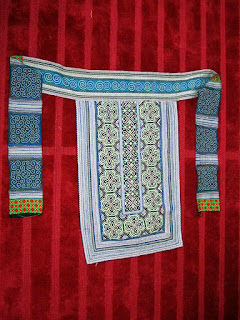 This is a carrier we don't see a lot around here, so I asked for a little help from my friends in the great white North!  An amauti.  These were traditionally used by Native Alaskan and Inuit peoples. 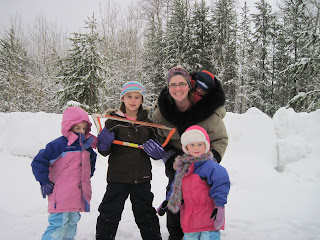 This is a traditional African kanga. 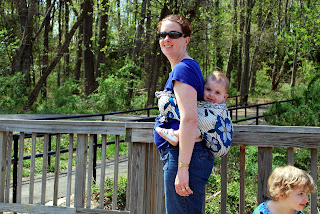 This is a truly fascinating carrier from Papua New Guinea called a Bilium Bag.  Jen is demonstrating with a doll.  Due to positioning concerns, we probably wouldn't actually use this carrier, but it is super cool to see. 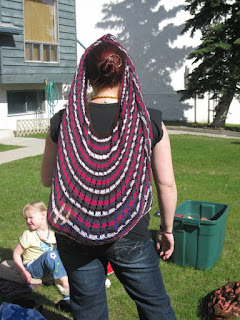 This carrier was brought from a friend in China.  It seems to be designed more similarly to a podegi than a mei tai, although traditionally mei tais are thought of as the Chinese carrier. 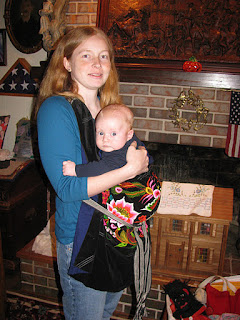 Few "traditional carriers" seem to come from Europe, so I thought I would include this Welch nursing shawl. 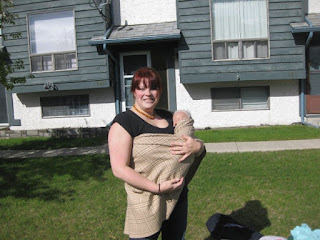 As we can see, all around the world, different methods were designed for carrying babies in a way that was comfortable and convenient for the lifestyle of the families.  Today we have the privilege of being able to incorporate all of these traditions in our modern carrying positions.  It is valuable to see what parents designed over thousands of years.  We have much to learn from their shared knowledge.