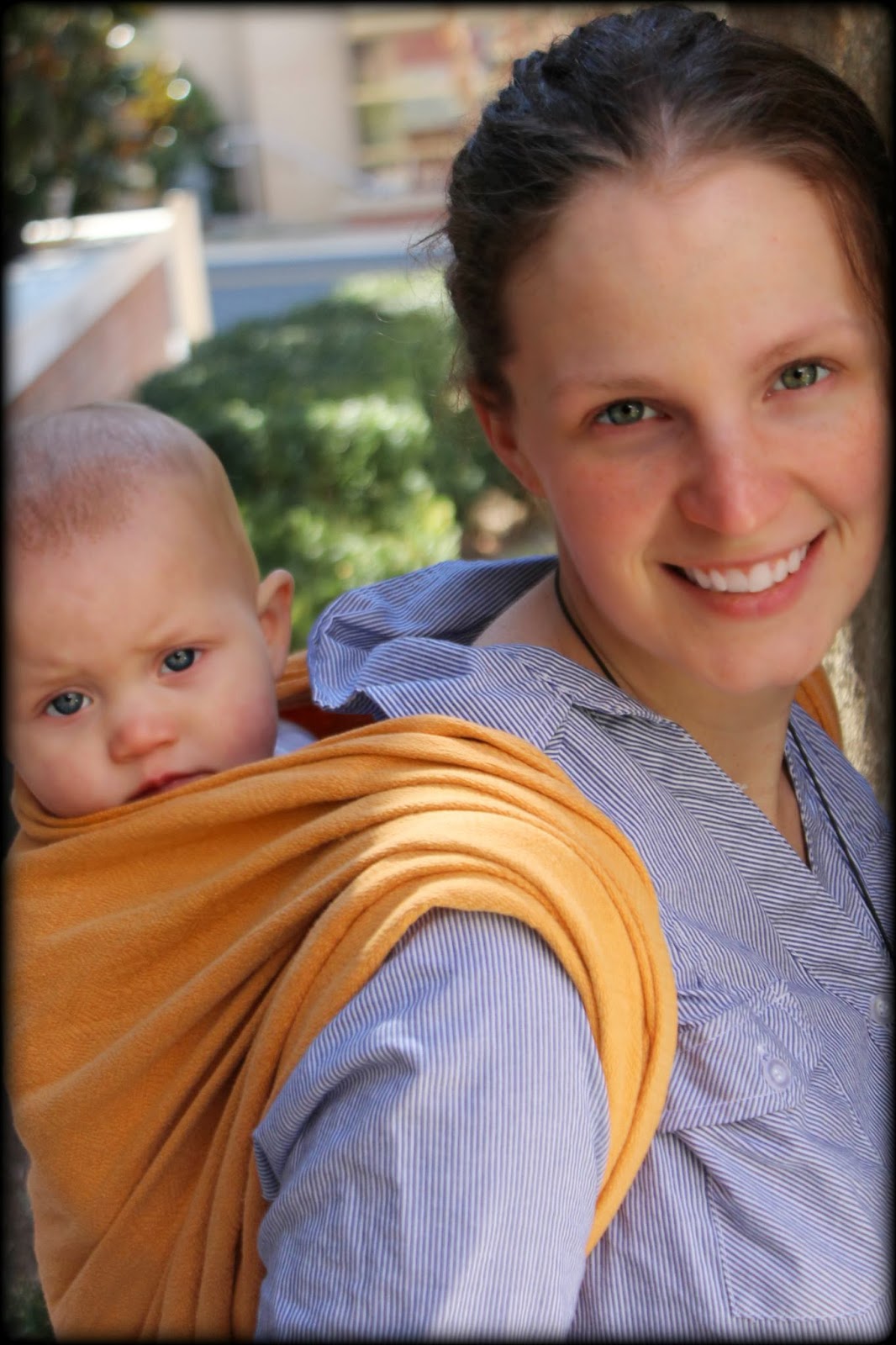 What jobs, activities, hobbies, volunteer work, etc. did you do before kids? Do you still do that thing?
Before kids I danced, nannied, and was in the Marine Corps. We still dance, but it's usually around the house.
When did you start babywearing?
August of 2010!

Did you know you were going to wear before you had kids, or what prompted you to try it?
I knew I wanted to learn more about it after seeing it at a Bradley Class while pregnant, but what really lit the fire to do it was after my husband deployed and D was sooooo clingy (and had food allergies, so her tummy was miserable!).

Who was the person who most influenced your babywearing and what did they do that was so influential?
There have been a few. The moms running the Colorado Springs babywearing group when we first started had a huge impact. I learned all my basics from them, and a lot of other things about how I wanted to parent. 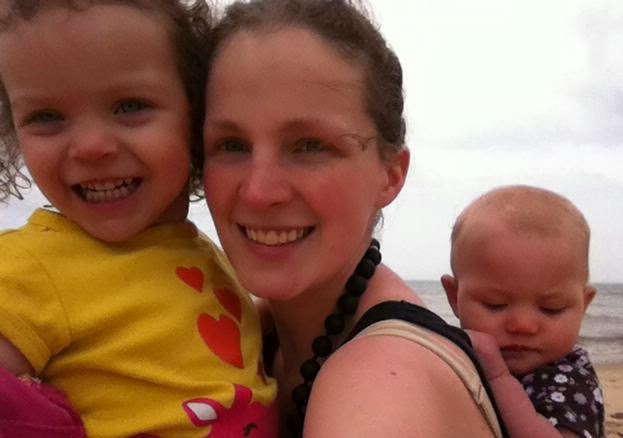 If someone took away all of your carriers and said they were handing you a newborn and you could only choose ONE carrier from birth until the end of wearing, what would you choose?
My Natibaby Warrior's Creed. It's the right width and length to be useful, without being too huge for a newborn or too small for a toddler.

If you had to choose ONE carrier from what you already own to be the only one you had to use from now forward, what would it be?
My Kokadi Melody (old version)- It is super wide, thick, blankety, long enough to tandem but not SOO LONG and has been with us most of our babywearing journey. 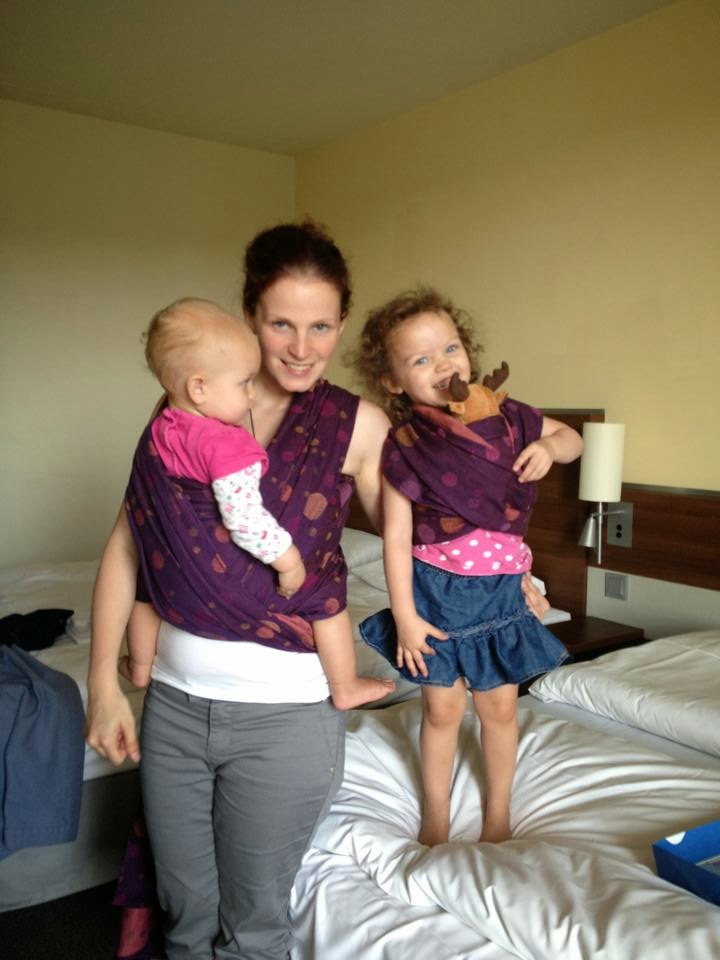 Which carrier do you find you return to time and again, whether it be for each newborn, or just a consistent workhorse?
For each newborn it's been a lila ecru indio. I actually sold it when D was 15m old, but bought it back so I could wear P in it as well. We have since sold part of it but kept a wearable scrap. 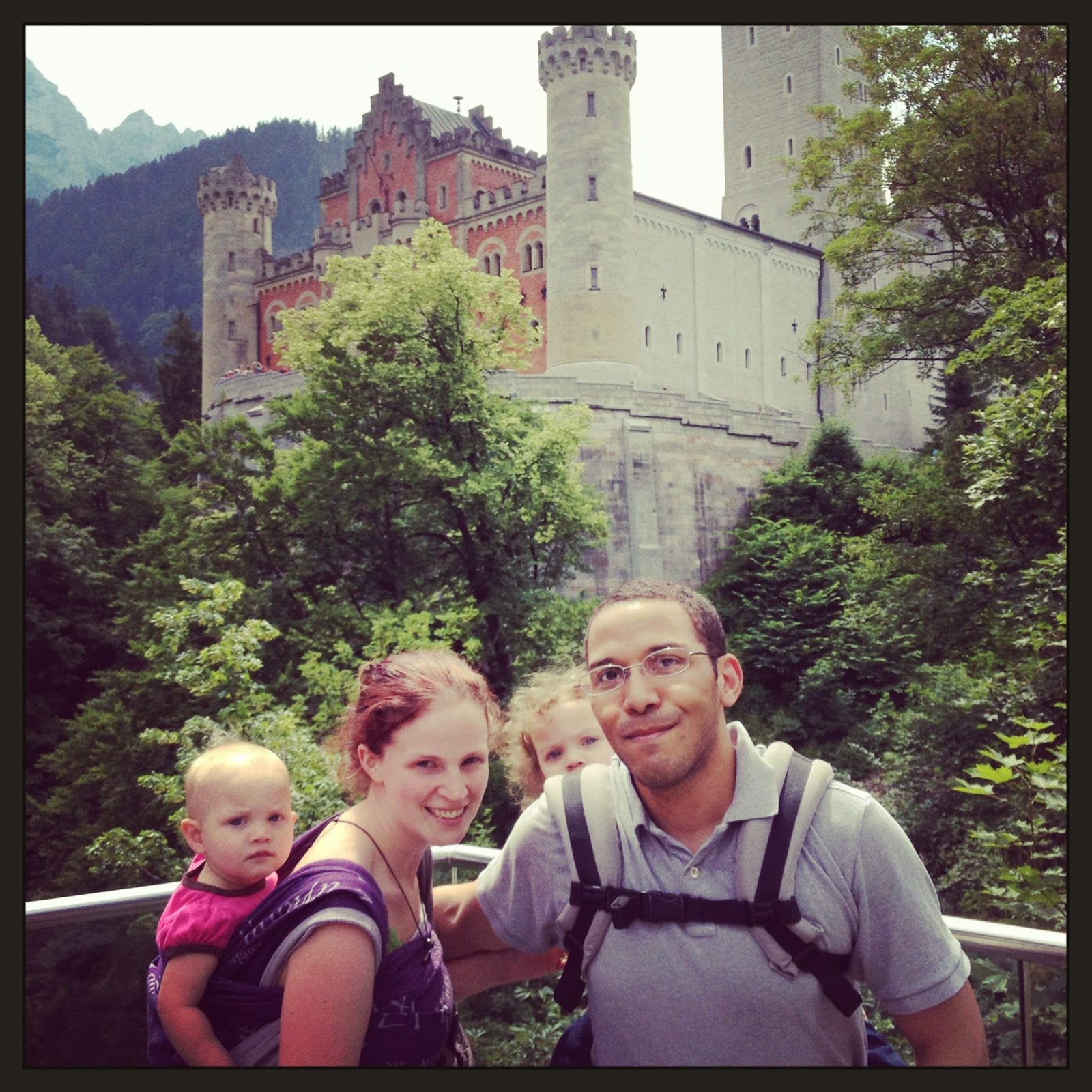 Tell me a story of a time that babywearing made a huge difference in the outcome of a family outing.
We went to Europe last summer, and T (husband) was still deployed, so the girls and I left without him and had him meet us there. I looked pretty ridiculous on the London tube system wearing two kids and hauling a suitcase with enough clothes for four people for three weeks, a carseat, and a diaper/travel bag, but it got us through! I can't imagine trying to push a double stroller and haul the carseat and suitcase!

If you were stranded on a desert island, which carrier would you want?
A wrap! Blanket, sunshade, carrier, use it to haul things.. all kinds of stuff!

What is your favorite thing to do while wearing?
Dance. We do a lot of dancing 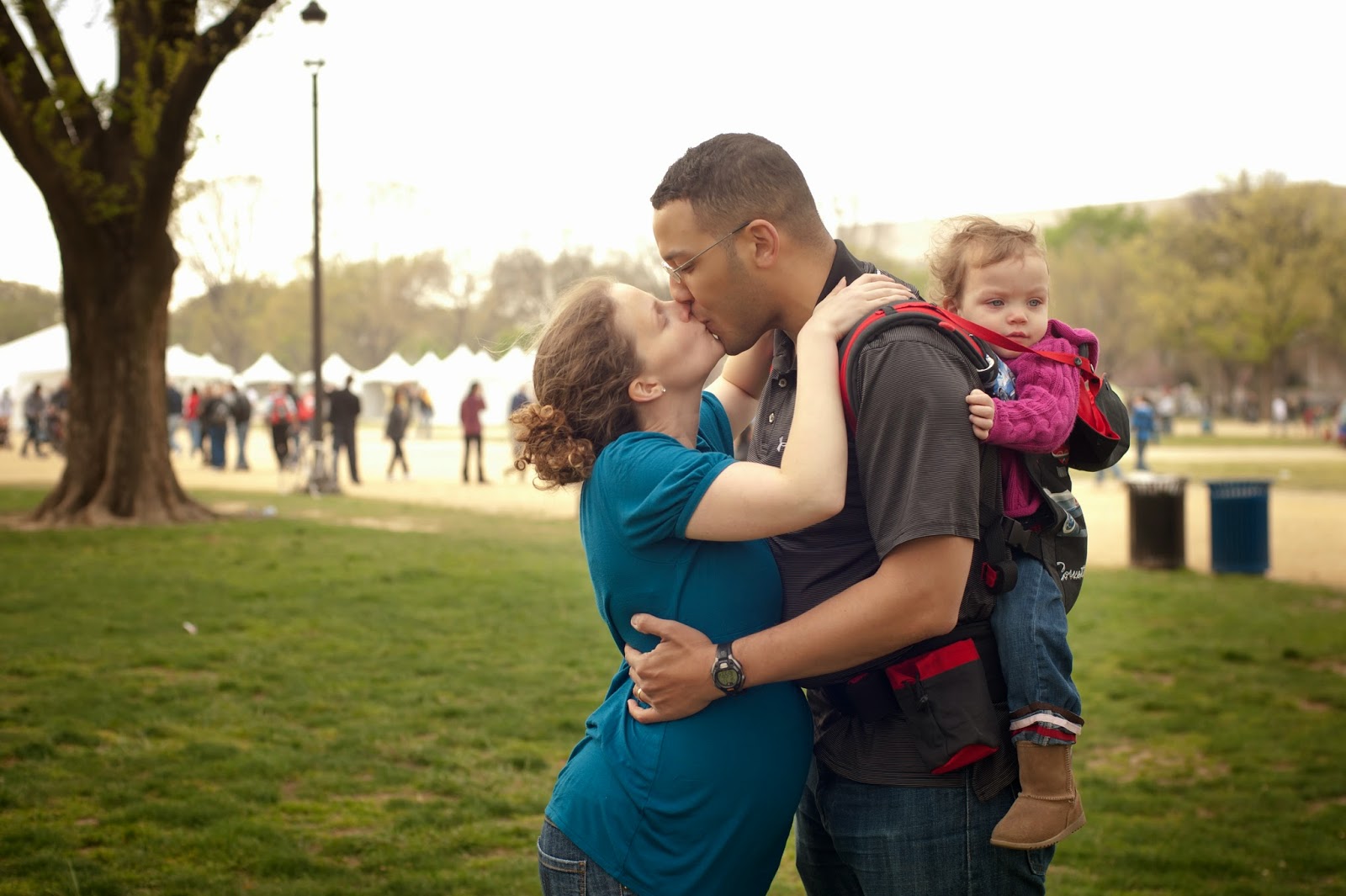 What is your least favorite thing to do while wearing?
Shovel snow! (hmm, aren't you unlucky this winter?)Why did you decide to become a VBE?
To help start the Richmond (Central VA) chapter. They needed more and I thought "Eh, I know a little.."

What is your favorite things about being a VBE for BWI of DC-MD-VA?
The sense of community. It's kind of like insta-family, and as a family that moves around a lot for the military, that is amazing to us. 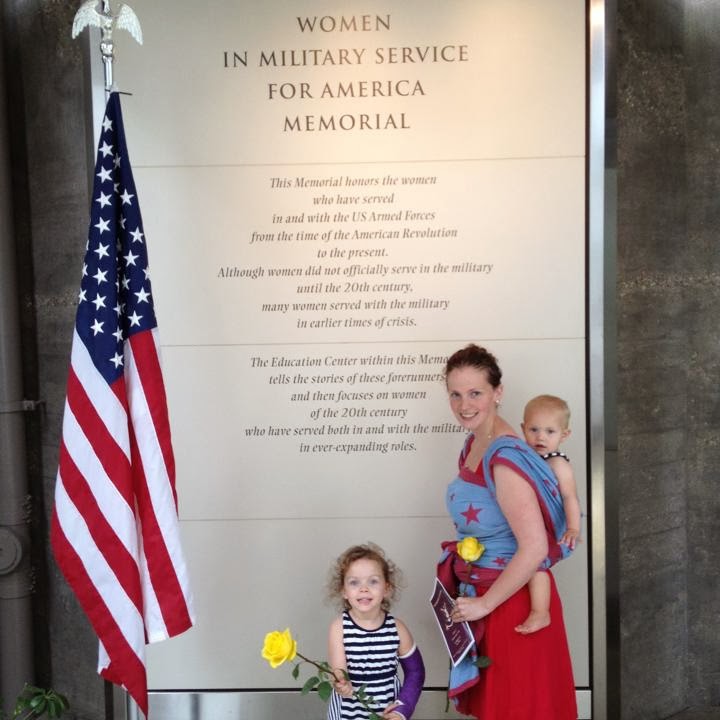 And since she didn't include this info about herself:
Kit was the driving force behind starting The Carrying On Project.  This amazing organization (which is really Kit and Rachel - another of our local VBEs) provides carriers free of charge to military and veteran families who might otherwise not be able to afford them.  If you are able to skip a coffee or two out this month, perhaps you can donate a little to help out their worthy cause.  You can read more about The Carrying On Project and see this amazing piece that was recently on Fox5 News here.  To date they have provided carriers to more than 1000 military families.

Posted by Metro DC Babywearing at 11:47 AM